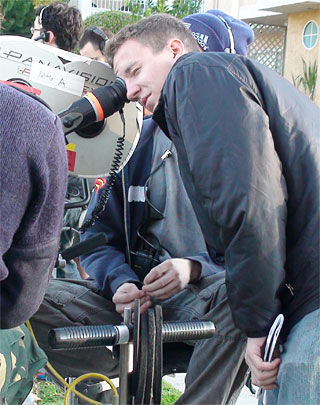 For as long as he can remember, Chris Commons has had an intense passion for storytelling that lead him to pursue filmmaking as a career. He graduated with honors and received his Bachelor of Fine Arts from New York University's Tisch School of the Arts. Now residing in Los Angeles, Chris works as a screenwriter and video editor for Spirit EMX LLC, a new media company founded and managed by Academy Award-winning producer Rob Fried (Rudy, Collateral). Along with James E. Roberts he formed 213 Productions and directed "Long Awaited," the company's first production, which was a recipient of the Panavision New Filmmakers Grant.